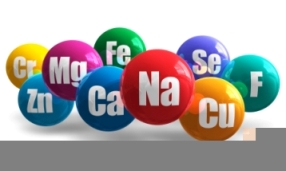 According to data from the National Institute of Health, the potential for magnesium supplements to promote better health could be significant; however, very few people know about this and the number of doctors considering magnesium supplements for health is limited. Magnesium may be important in regulating blood sugar levels making it a candidate for people who want to avoid diabetes. Regular intake of magnesium has some other benefits too including normalizing the blood pressure and improving muscle in the body. However, the role of magnesium in preventing diabetes has only come to light relatively recently.


In other words, low intake of magnesium will not only increase the risk of diabetes but will also limit your body’s capacity to keep the little magnesium you have. With this in mind, it is absolutely important to make sure that you have adequate magnesium intake on a day to day basis. Magnesium is also vital in improving metabolism and can go a long way in preventing type 2 diabetes. The sad thing though is thr fact that not many people know about this. Studies have shown that over 80% of all Americans are magnesium deficient.

How to improve magnesium intake
If you are looking to increase your daily magnesium intake, there are some practical solutions you can explore. However, it is first all important to know exactly what you need. Talk to your doctor or nutritionist to determine how deficient you are to magnesium and the kind of dosage that will bring you at par with the needed intake. There are so many foods out there that contain magnesium but if you are simply looking for a simple solution that works very well, then resorting to magnesium supplements is indeed highly recommended. Supplements are easy to take and track in take so you won’t need to worry about not fulfilling the recommended daily intake. However, you also need to supplement the magnesium with calcium, Vitamin D and Vitamin K2. At the moment, doctors recommend a 1:1 magnesium to calcium ratio. Although magnesium is vital, you still need to diversify your nutrients since your body needs them in equal proportions. Supplementing magnesium with other minerals such as calcium will basically ensure you get the best results.

Conclusion
Diabetes is a very dangerous disease that can result from a number of factors. However, research has proved that adequate intake of magnesium can help prevent diabetes through the proper regulation of blood sugar. Although at the moment, a lot of people are unknowingly magnesium deficient, incorporating magnesium into your daily intake of nutrients is easy. As long as you know what your recommended daily intake is, you can find quality magnesium supplements to ensure your body gets the right amount on a day to day basis. While magnesium will not on its own help you prevent diabetes, research shows it is a powerful components that can help towards that goal.